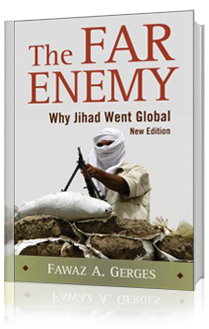 Since September 11, Al Qaeda has been portrayed as an Islamist front united in armed struggle, or jihad, against the Christian West. However, as the historian and commentator Fawaz A. Gerges argues, the reality is rather different and more complex. In fact, Al Qaeda represents a minority within the jihadist movement, and its strategies have been vehemently criticized and opposed by religious nationalists among the jihadis, who prefer to concentrate on changing the Muslim world rather than taking the fight global. It is this rift that led to the events of September 11 and that has dominated subsequent developments. Through several years of primary field research, the author unravels the story of the jihadist movement and explores how it came into being, the philosophies of its founding fathers, its structure, the rifts and tensions that split its ranks, and why some members, like Osama bin Laden and his deputy Ayman al-Zawahiri, favored international over local strategies in taking the war to the West. This is an articulate and original book that sheds light on the tactics used by the jihadis in the last three decades. As more alienated young Muslims are seduced into joining, the author asks where the jihadist movement is going and whether it can survive and shed its violent character.

“In this well-grounded and at times gripping account of militant Islamist activism, Gerges gives the most persuasive explanation yet for the direction taken by those jihadis who have set their sights on nothing less than a shift in the global balance of power. Taking these ruthless idealists of the new century seriously, through their writings and through interviews, he brings an immediacy to the story which shows up their limitations, but also underlines the ferocity of their desire to eliminate those who stand against them.” – Professor Charles Tripp, School of Oriental and African Studies, University of London

“Fawaz Gerges has written an authoritative, deeply-researched account of jihadist movements around the Middle East, and shows that these movements, far from monolithic, are rife with ideological and strategic debates. This stimulating and well-written book will be of great interest to the general reader and the specialist alike.” – Peter Bergen, CNN Terrorism Analyst and author of Holy War, Inc.: Inside the Secret World of Osama bin Laden

“No previous author has gone as far as Fawaz Gerges in explaining and illustrating the politics of Al Qaeda. On the basis of many interviews with jihadi militants, a close reading of the voluminous Arab literature thrown by its members, and, not least, the author’s astute and historically informed judgment, he has produced a rich and most informative portrait of this movement. Identifying the political costs to the Arab world of this extreme, if very much minoritarian tendency, he also shows how repeated miscalculations by the West, from Afghanistan in the 1980s to Iraq after 2003, have given a new lease of life to the anger and fantasies of bin Laden and his followers.”- Professor Fred Halliday, London School of Economics, and author of Two Hours that Shook the World and 100 Myths About Islam

“…a few brave academics have stepped with books that evince a clearsighted vision and solid expertise. Among the best of these is Fawaz A. Gerges’s The Far Enemy: Why Jihad Went Global.” – Chronicle of Higher Education, Juan R.I. Cole

“The title of Fawaz A. Gerges’s incisive The Far Enemy refers to the al Qaeda term for the United States and its Western allies, but the book’s focus is squarely on the internal divisions and ideological disputes that rent the jihadis during the mid-1990s.”- Bruce Hoffman, Washington Post Book World

“The author uses primary Arabic sources and interviews with militants to give a fascinating account of one of the most complex phenomena in the contemporary Middle East. Highly recommended.” – New York Times “Week in Review” section as suggested reading about Islam and its history.

“The book provides a remarkable picture of the complexity of the jihad movement in recent decades.”- John Obert Voll, The International History Review

LSE Public Lecture : The Struggle for The Arab World