While the Arab people took center stage in the Arab Spring protests, academic studies have focused more on structural factors to understand the limitations of these popular uprisings. This book analyses the role and complexities of popular agency in the Arab Spring through the framework of contentious politics and social movement theory.Contentious Politics in the Middle East is broadly comprehensive and can easily become a key resource for students and scholars to study and understand Social Movement Theory as well as Middle Eastern politics and society. >read more

When the Arab Spring uprisings first broke out in 2010, their sheer scale was staggering. From Tunisia to Egypt to Libya to Syria, millions of hopeful Arabs defied fear and violence to call for bread, freedom, social justice, and more representative and egalitarian political and economic systems. Now that a few years have passed, such hope remains but the reality is complicated: Political, ideological, and sectarian divisions obstruct progress, and many still live in abject poverty. Although the Arab uprisings of 2010-2012 were undoubtedly a watershed event, clearly much work and struggle remain. The New Middle East is the first comprehensive and interdisciplinary study to examine the causes, drivers, and effects of the events of the Arab Spring on the internal, regional, and international politics of the Middle East and North Africa. > read more

Obama and the Middle East: The End of America’s Moment – Palgrave Macmillan, May 2012

During his presidential campaign, Barack Obama promised to distance the United States from the neoconservative foreign policy legacy of his predecessor, George W. Bush, and usher in a new era of a global, interconnected world. More than two years have passed since his inauguration, and the reality of President Obama’s approach is in stark contrast to the ebullient and optimistic image that he originally built up. Taking stock of Obama’s first two and a half years in the White House, this book places his engagement in the Middle East within the broader context of U.S. foreign policy since 9/11 and examines key areas that have posed a challenge to his administration: negotiation with Israel and Palestine, troop levels in Iraq and Afghanistan, engagement with the Arab Spring, intervention in Libya, and the death of Osama bin Laden. > read more

The Rise and Fall of Al-Qaeda – Oxford University Press, September 2011

In this concise and fascinating book, Fawaz A. Gerges argues that Al-Qaeda has degenerated into a fractured, marginal body kept alive largely by the self-serving anti-terrorist bureaucracy it helped to spawn. In The Rise and Fall of Al-Qaeda, Fawaz Gerges, a public intellectual known widely in the academe and media for his expertise on radical ideologies, including jihadism, argues that the Western powers have become mired in a “terrorism narrative,” stemming from the mistaken belief that America is in danger of a devastating attack by a crippled Al-Qaeda. To explain why Al-Qaeda is no longer a threat, he provides a briskly written history of the organization, showing its emergence from the disintegrating local jihadist movements of the mid-1990s-not just the Afghan resistance of the 1980s, as many believe-in “a desperate effort to rescue a sinking ship by altering its course.” > read more

Journey of the Jihadist: Inside Muslim Militancy – Harcourt Press, May 2006

As Middle Eastern scholar and media commentator Fawaz A. Gerges reveals in this unstinting, deeply personal, and brilliantly illuminating book, we need to know now more than ever who the jihadists are and to listen to what they are saying to each other and the world. The jihadist journey has led to bloodshed and turmoil. It did not begin on September 11 and it will not end in Baghdad. This crucially important and timely book maps the direction jihadism will take in the months and years ahead by showing where—and with whom—it all started. > read more

Through several years of primary field research, the author unravels the story of the jihadist movement and explores how it came into being, the philosophies of its founding fathers, its structure, the rifts and tensions that split its ranks, and why some members, like Osama bin Laden and his deputy Ayman al-Zawahiri, favored international over local strategies in taking the war to the West. This is an articulate and original book that sheds light on the tactics used by the jihadis in the last three decades. > read more

America and Political Islam : Clash of Cultures or Clash of Interests? – Cambridge University Press, May 28 1999

This book provides a comprehensive account of the origins of American policy on political Islam, chronicling the policy debates on Islamism in the United States over the course of time. The author then delves deeper into the US political scene to analyze the historical, political, cultural, and security issues that might help explain America’s preoccupation with Islam and Muslims. The book also addresses the clash of civilizations debate and assesses the relative importance of culture and values in the words and deeds of US officials on political Islam. > read more

LSE Public Lecture : The Struggle for The Arab World 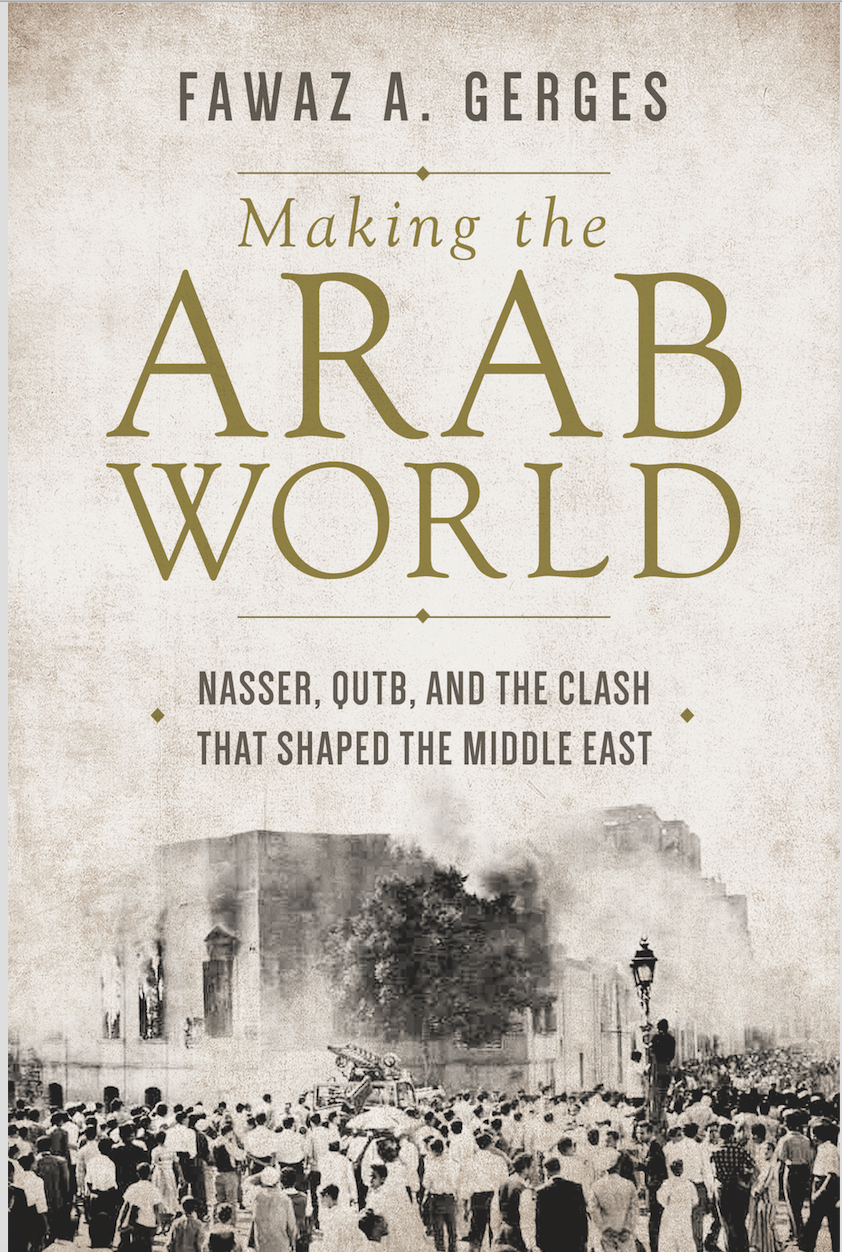